The Club celebrated Dawlish Carnival Week during August with a fun Tuesday afternoon of tennis.  The Club’s coaching team of Robert and Peter Elver, Matt West, and Jamie Surman entertained forty Children aged between five and ten with coaching sessions, fun games and competition.  The older children were treated to a doubles competition while the younger ones had various coaching sessions and fun games.  Having honed their skills the younger children took on family members in a game of “Tennis Cricket”.  Runs are scored by hitting balls away from the opposite team who are trying to catch it from the other side of the net.  Each side has 10 wickets.  The adults set a competitive total of 22 but the determined bunch of youngsters also scored 22 so it was smiles all round. 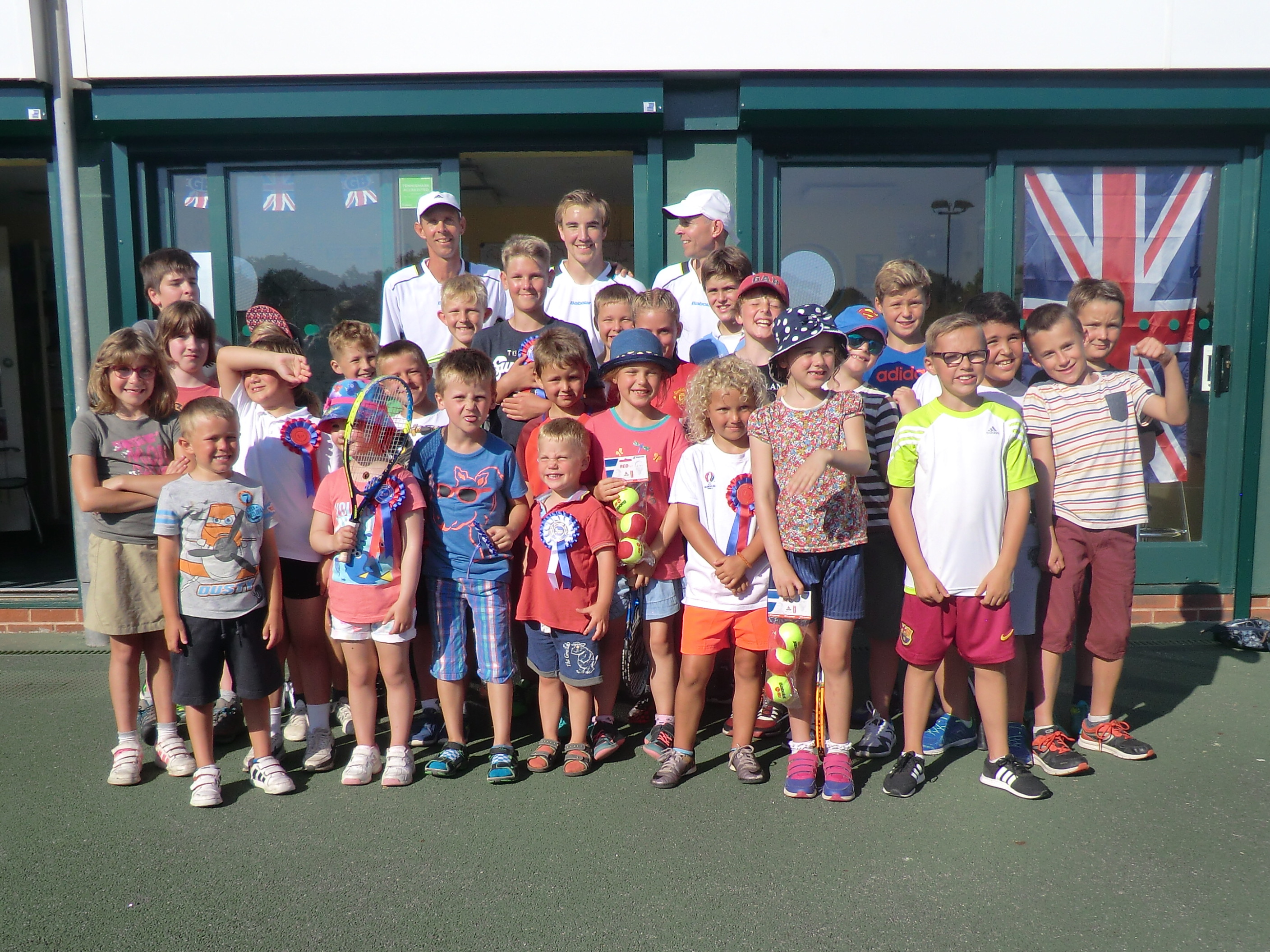 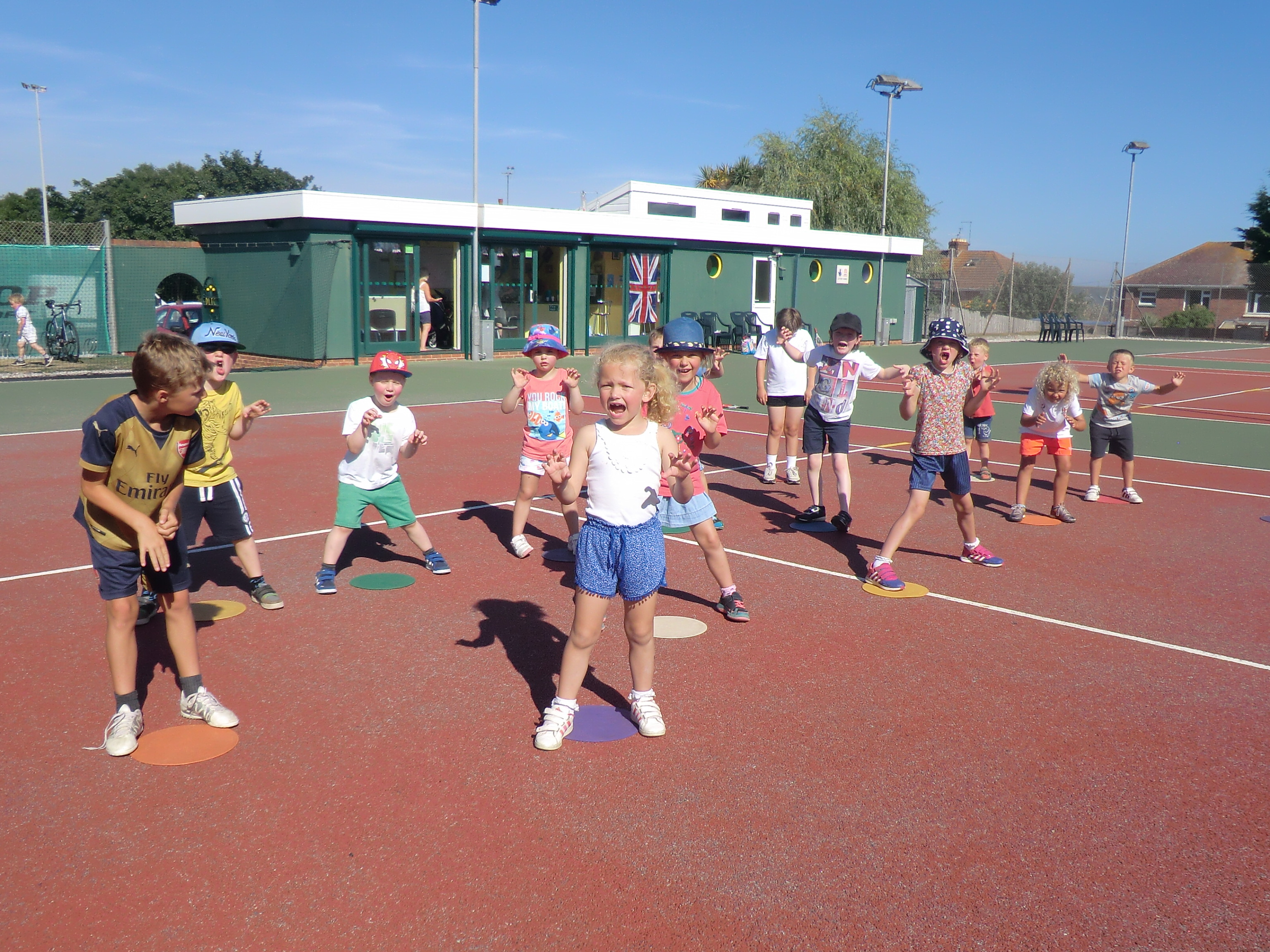 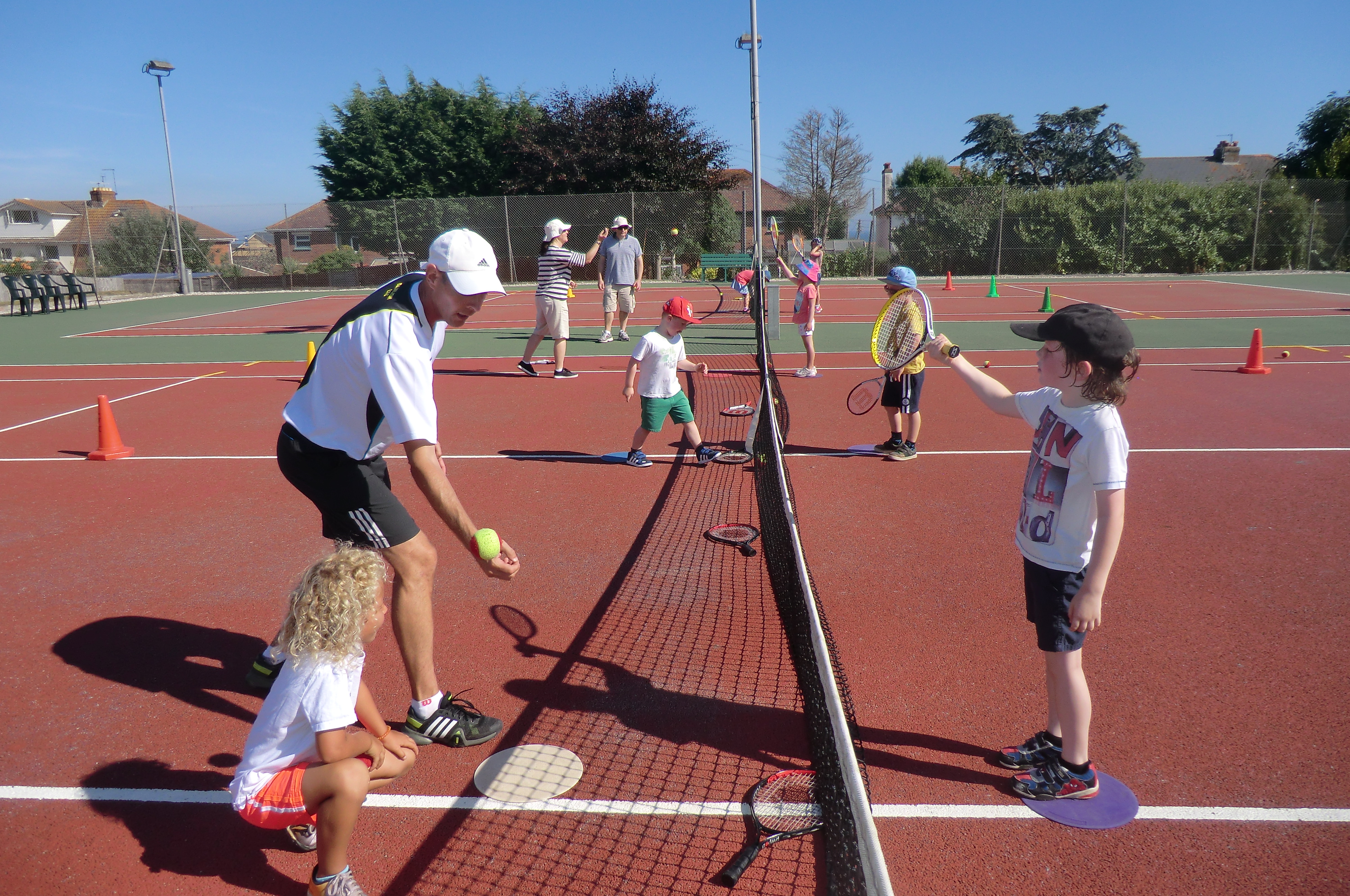 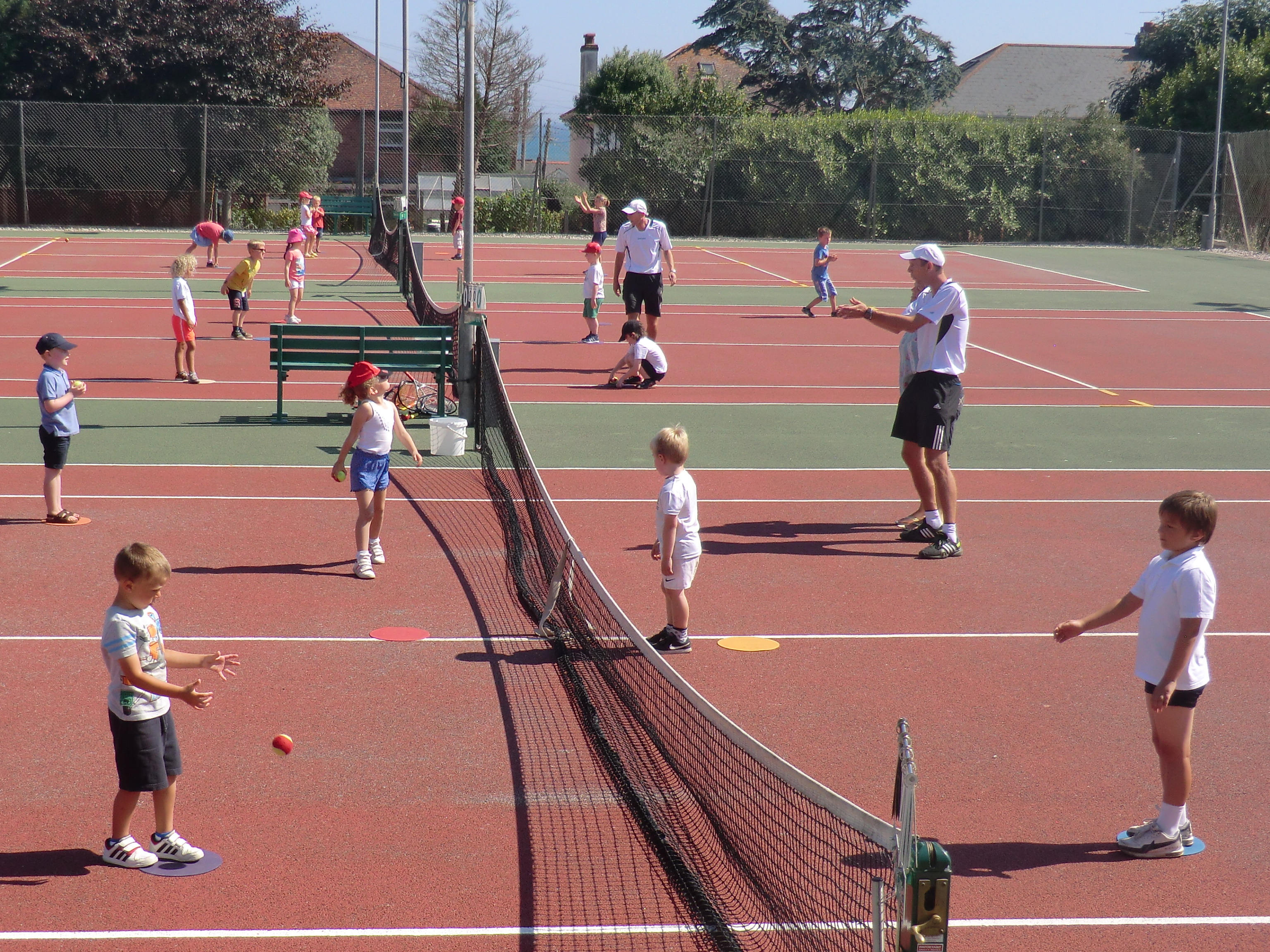 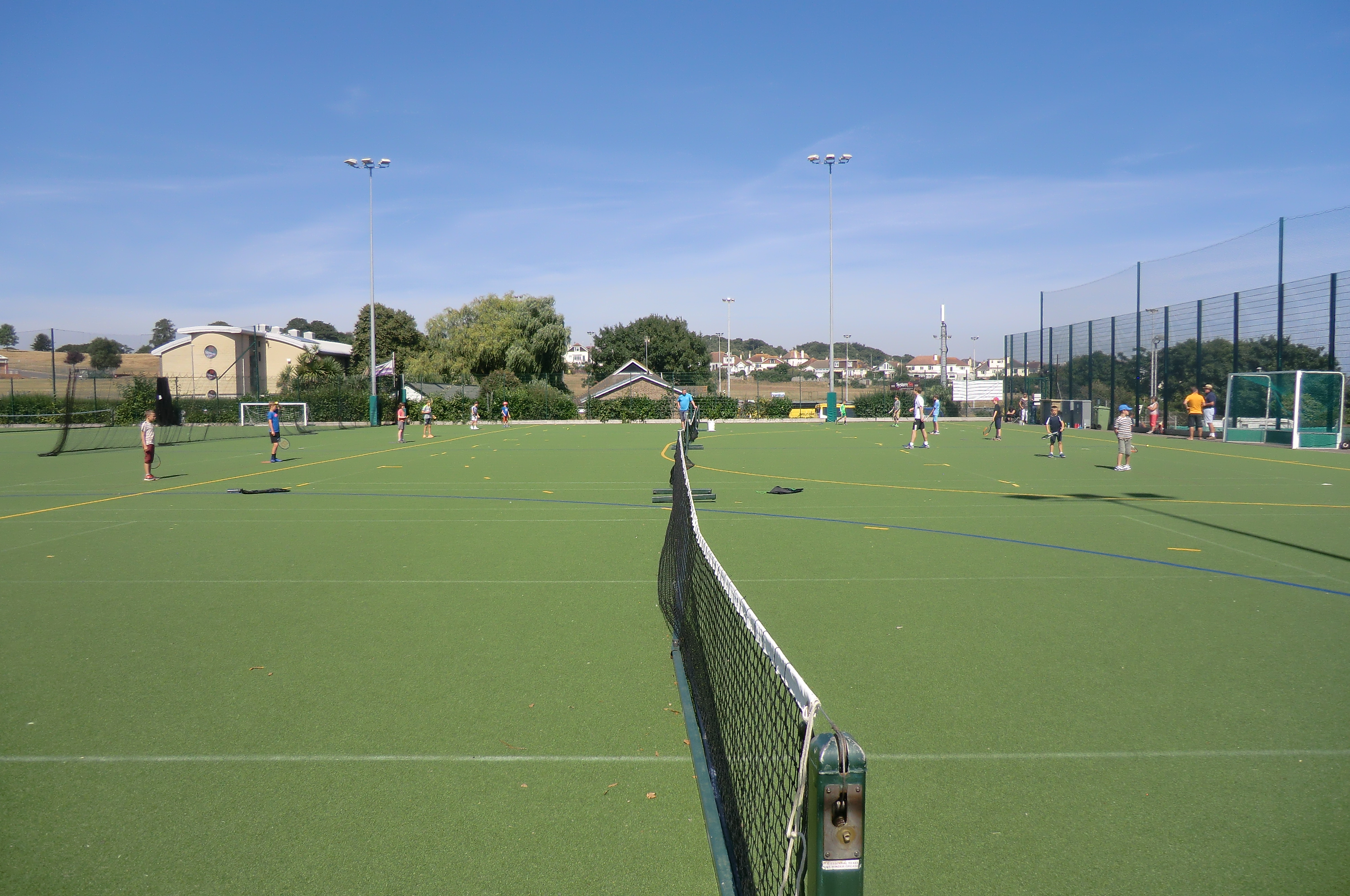 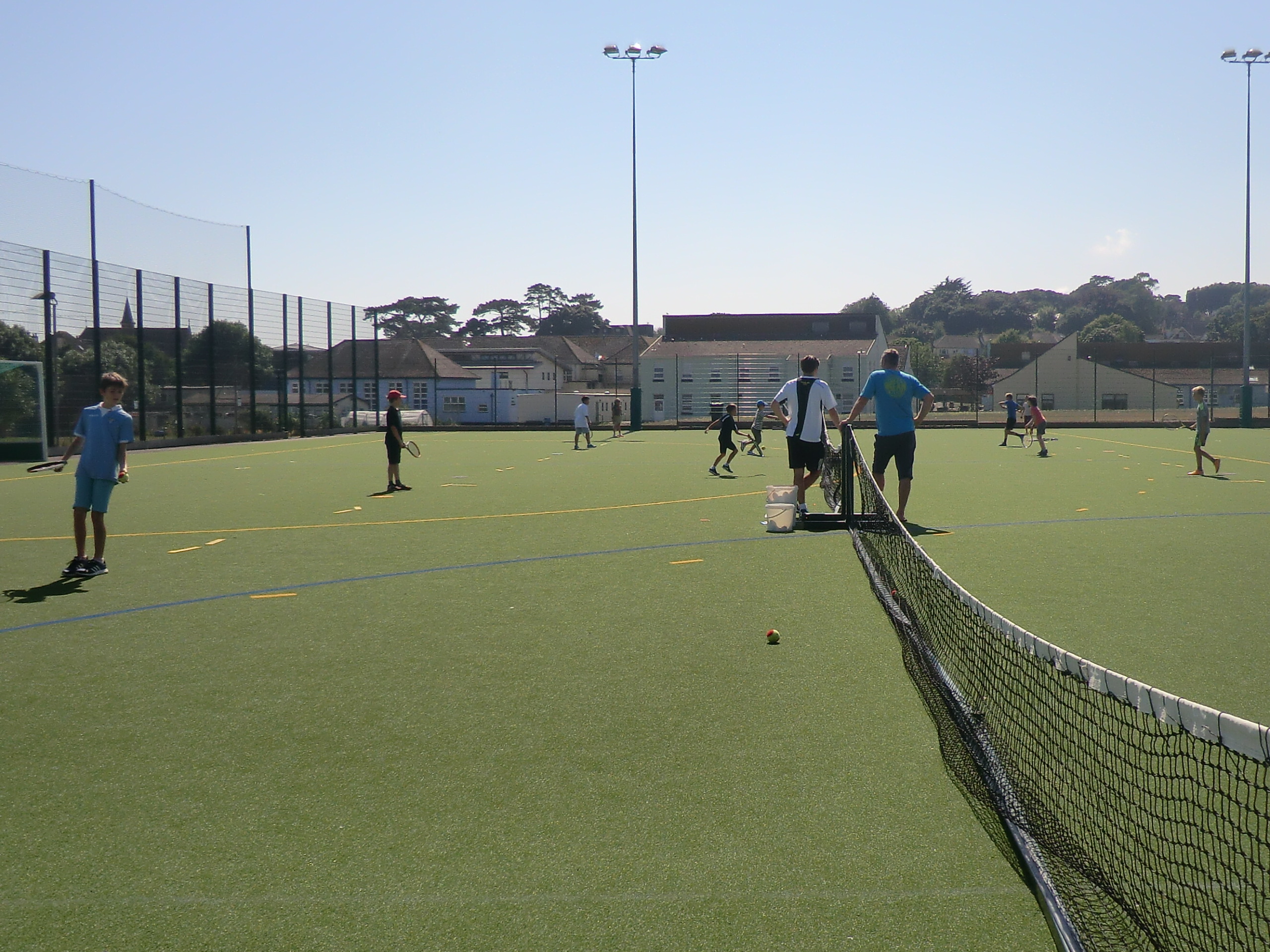 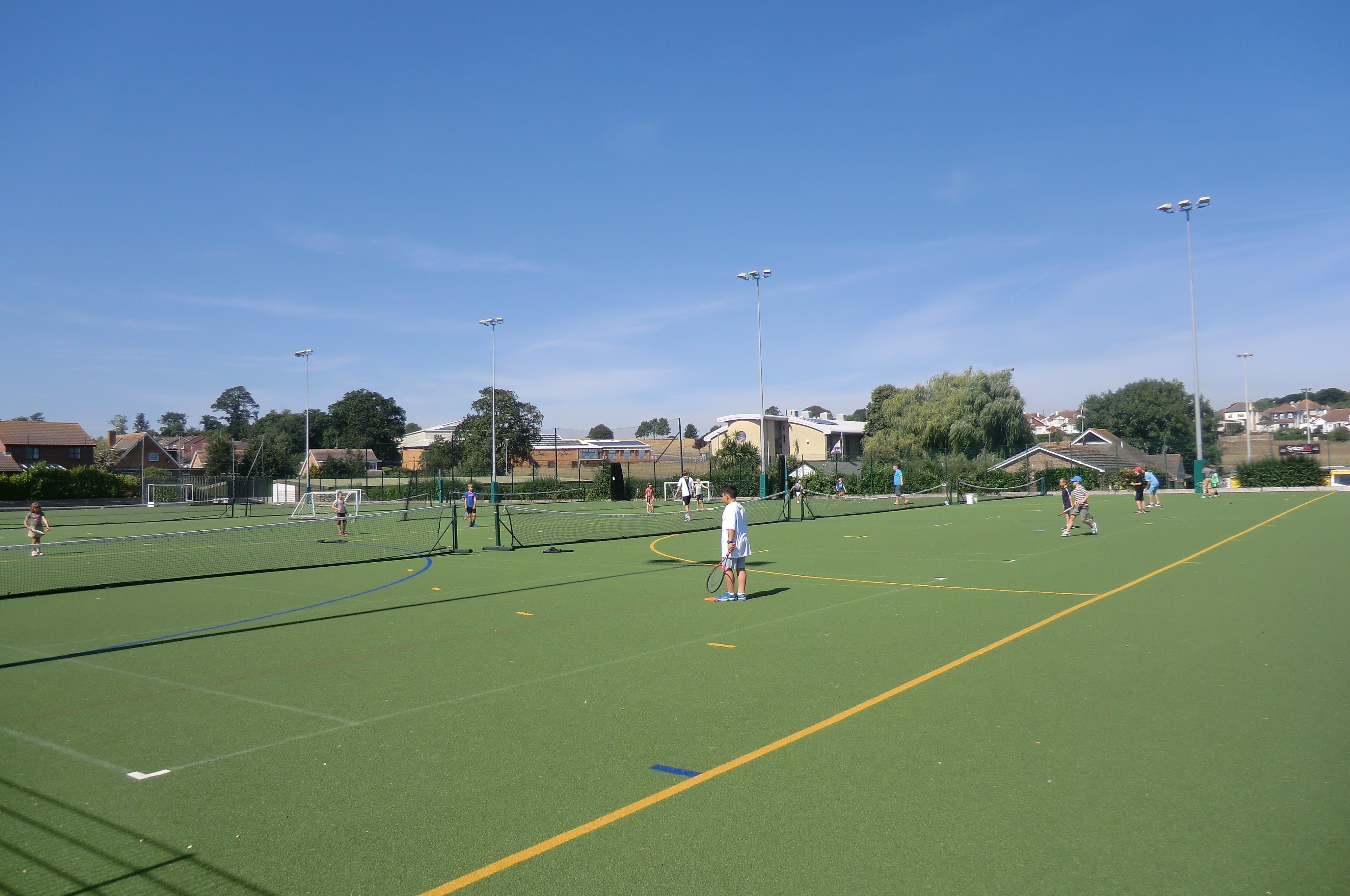 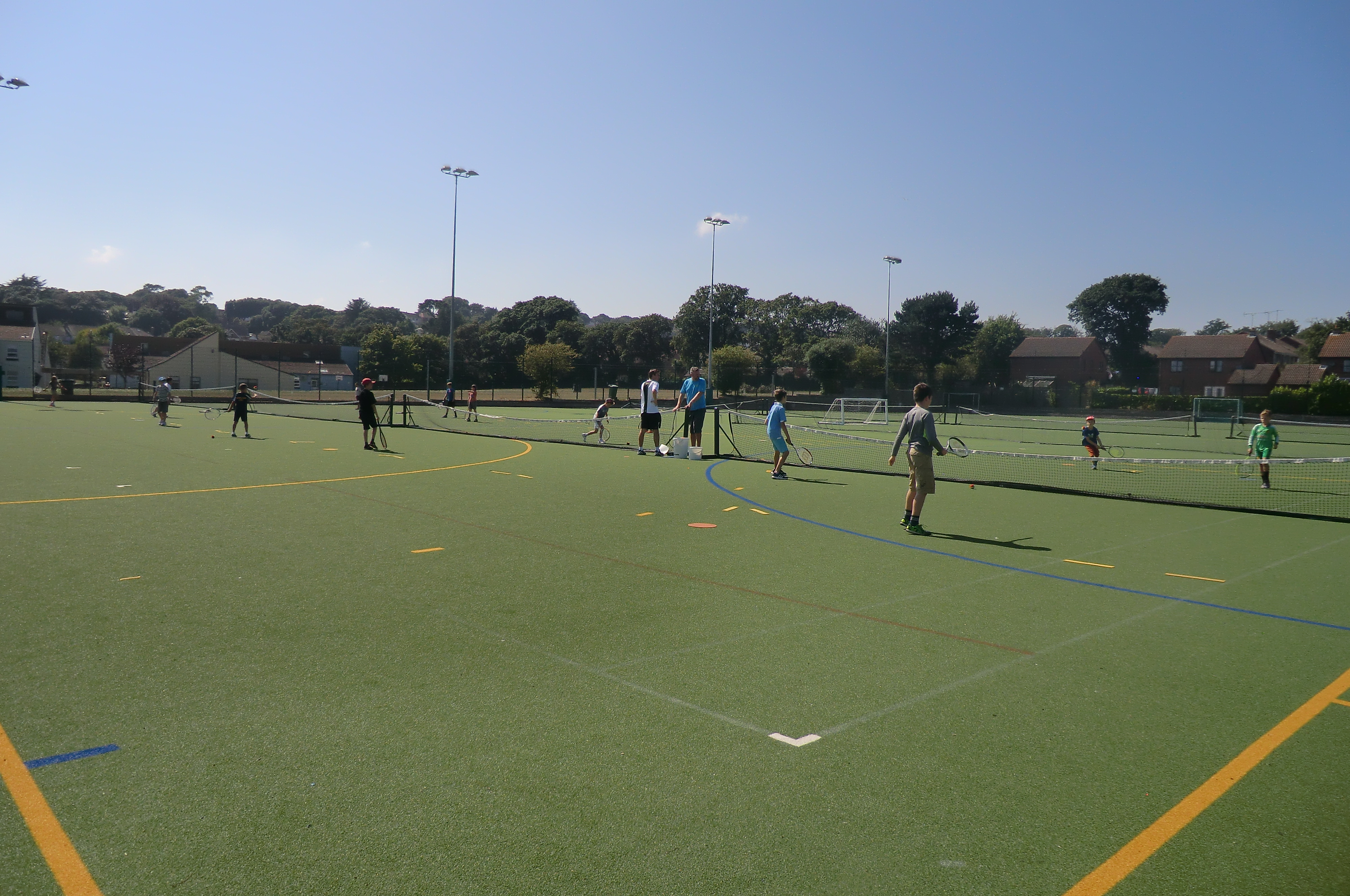 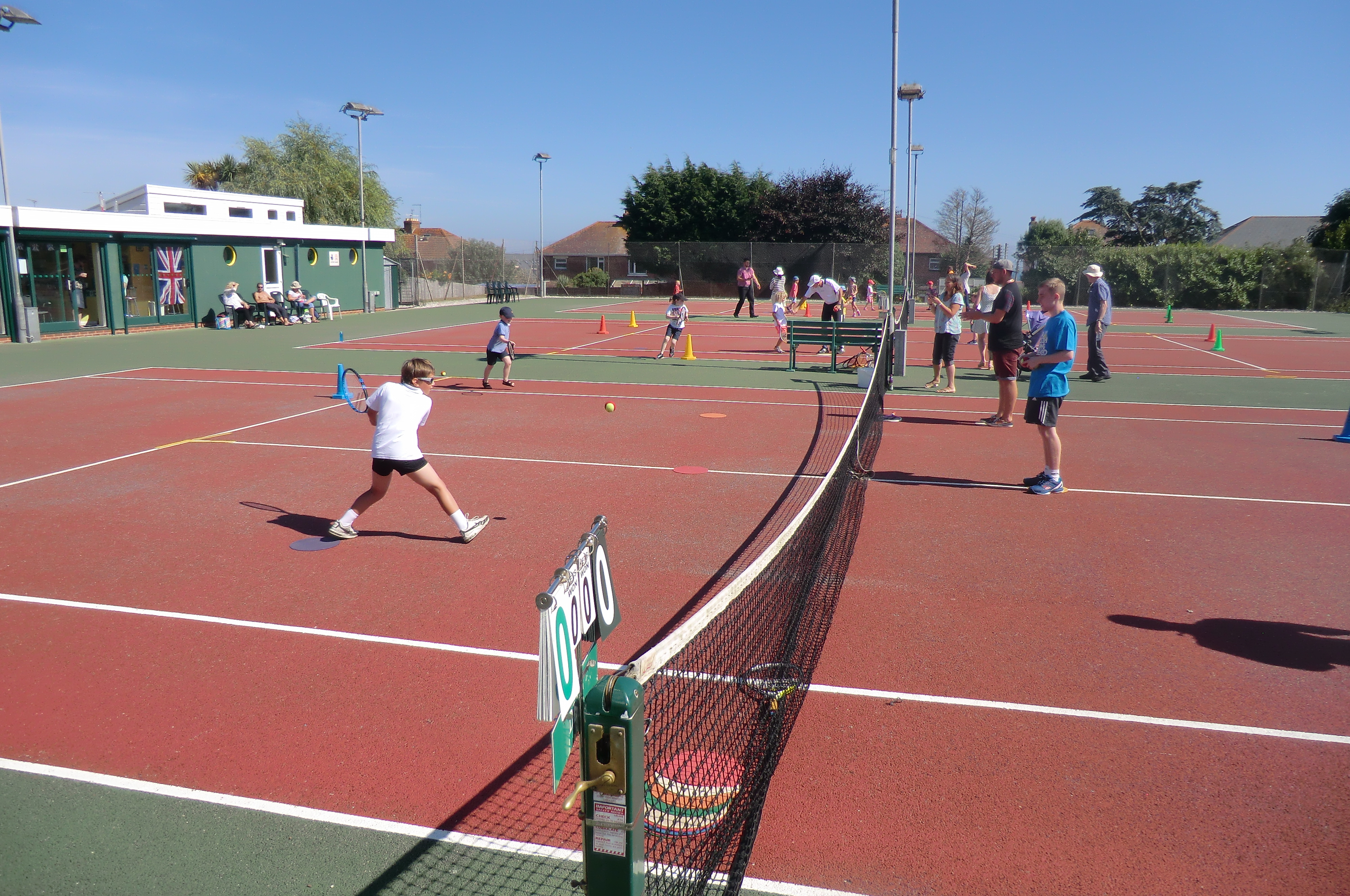 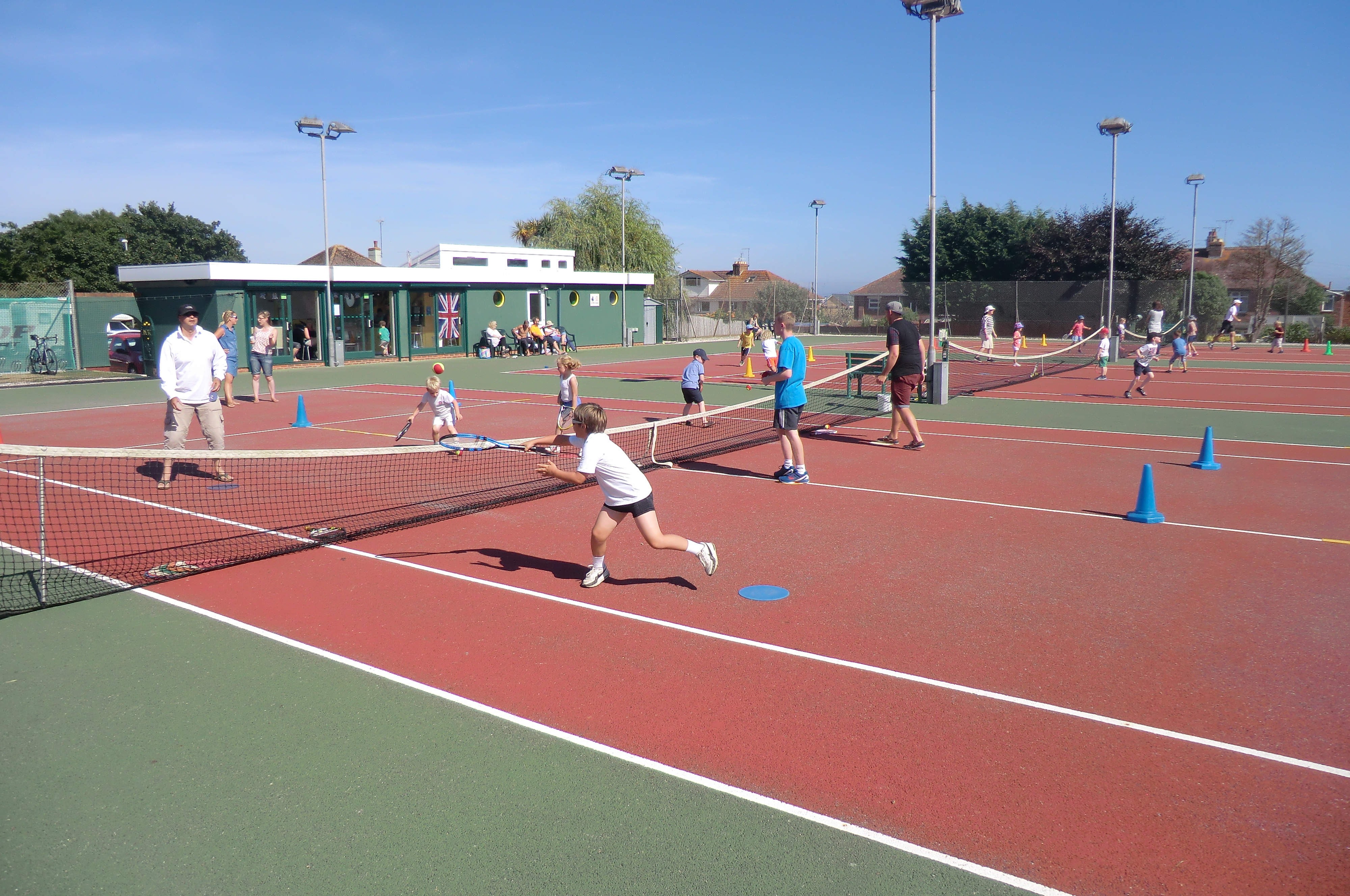 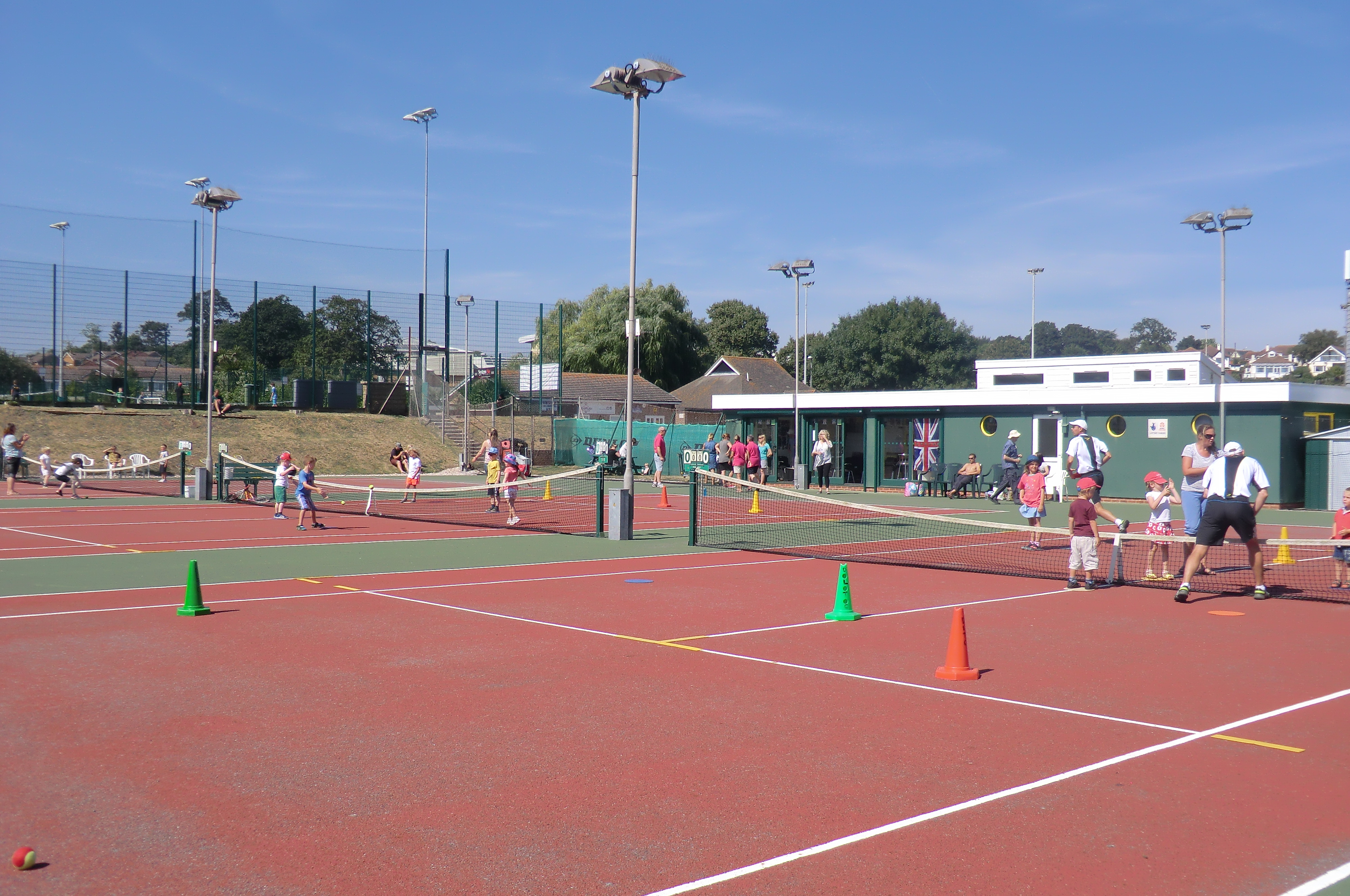 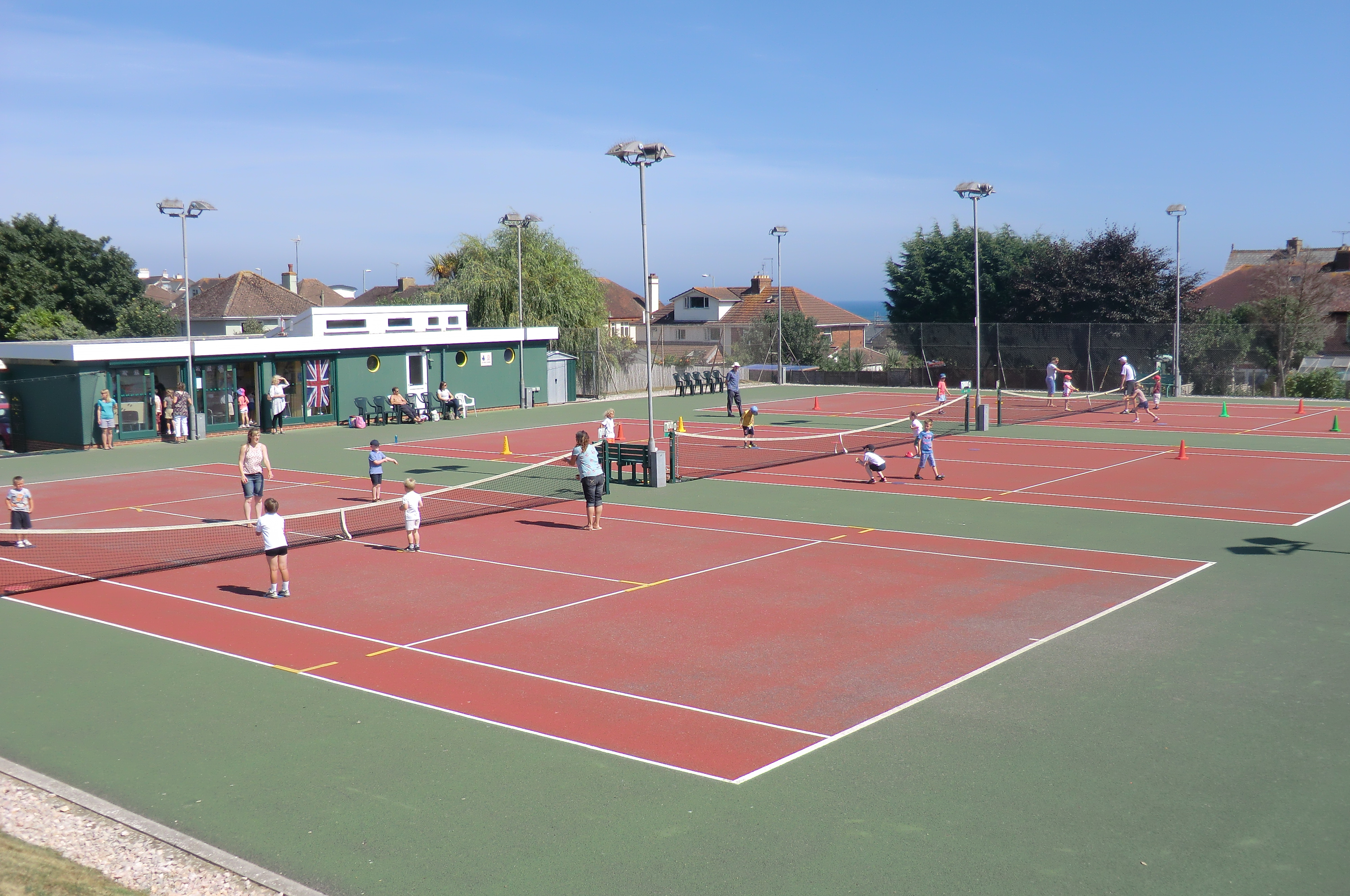 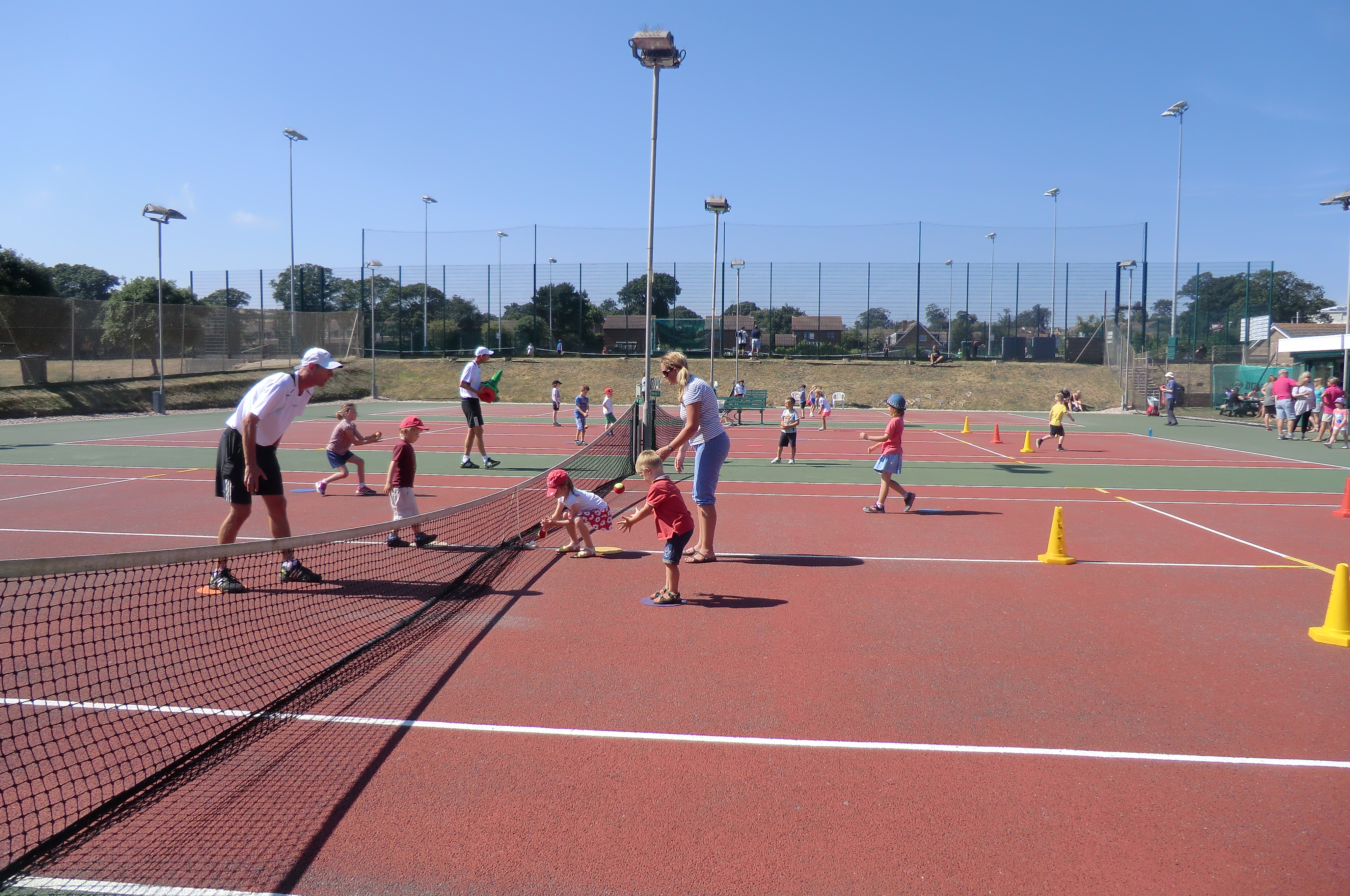 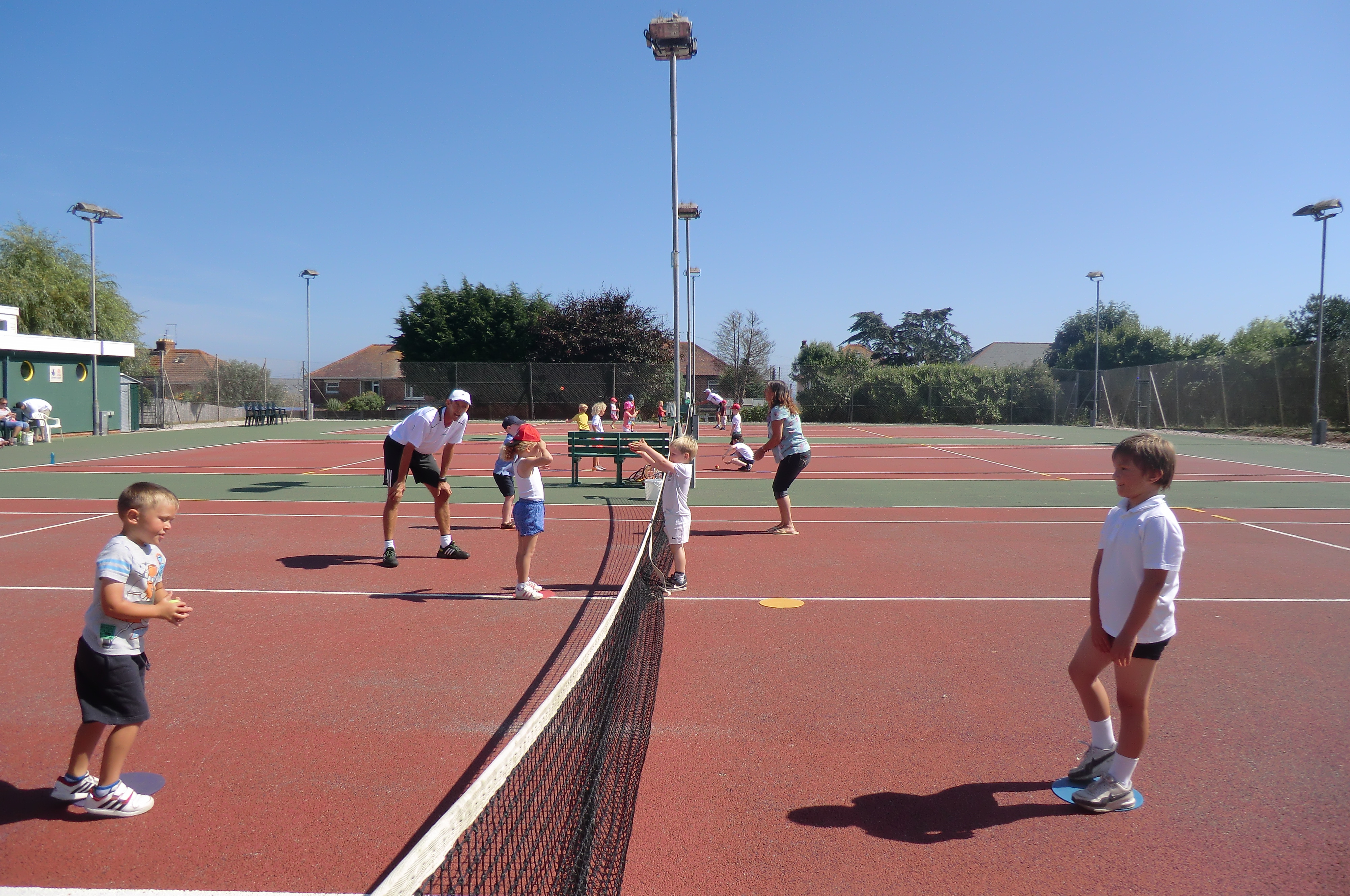 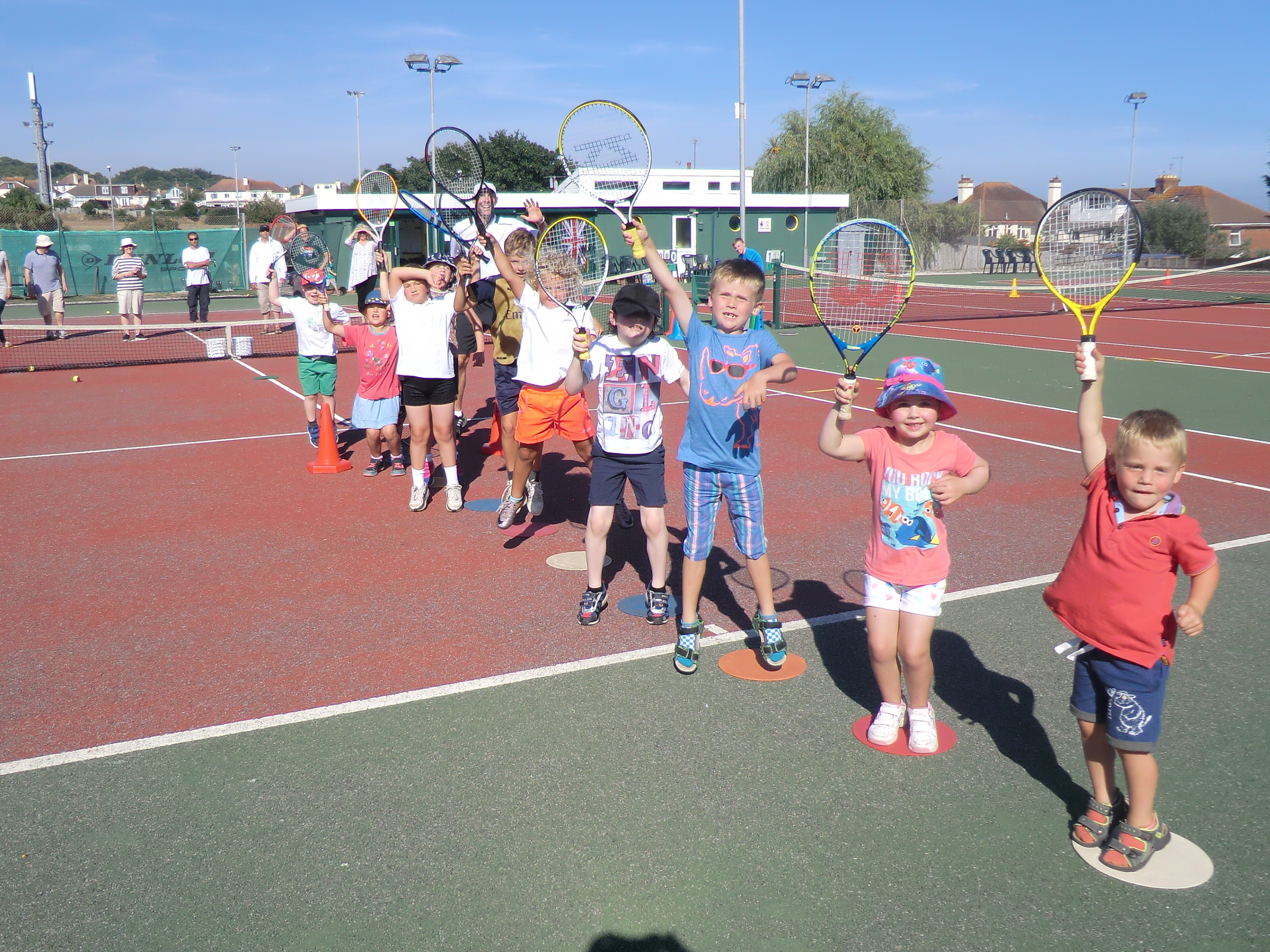 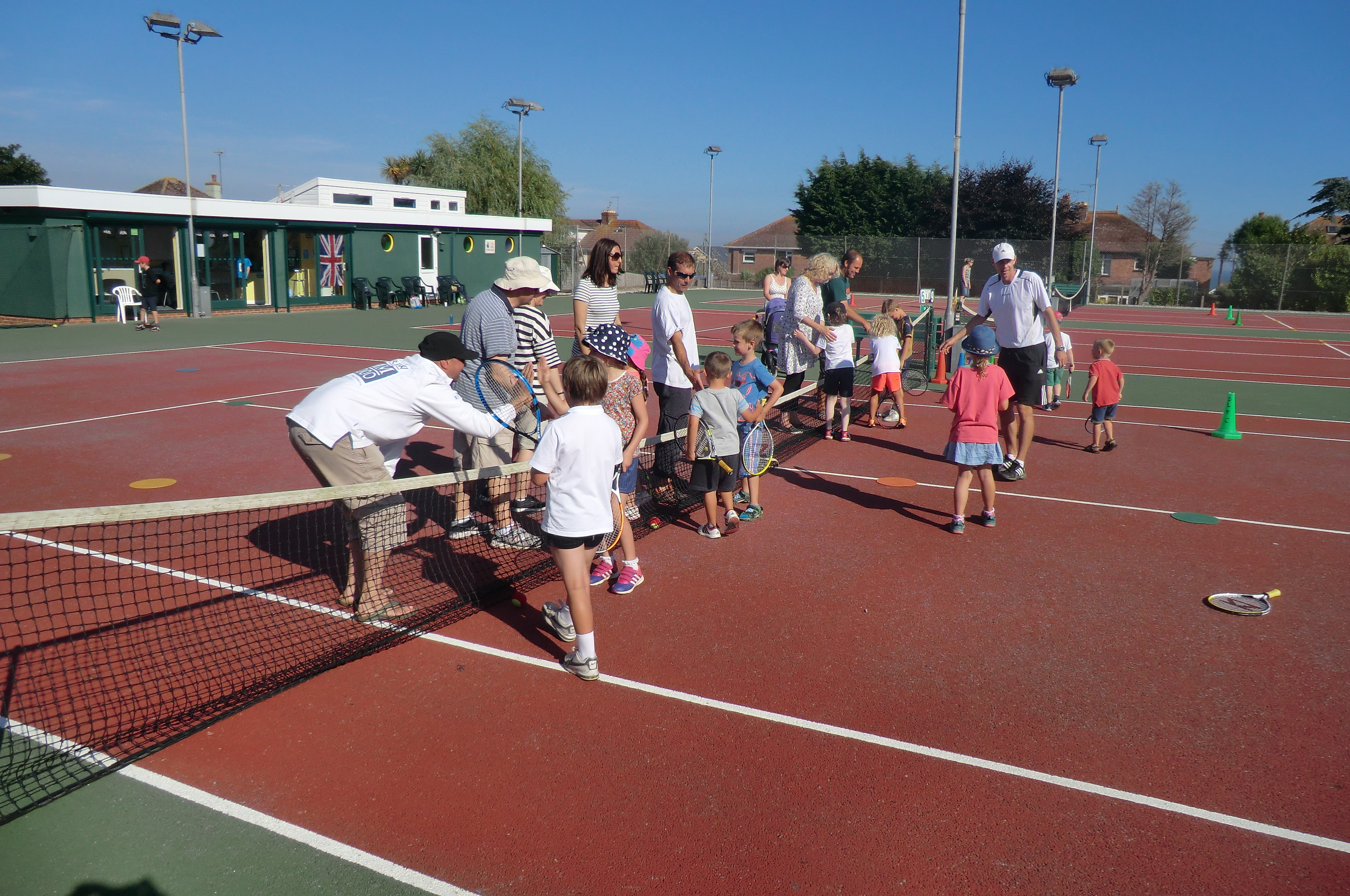 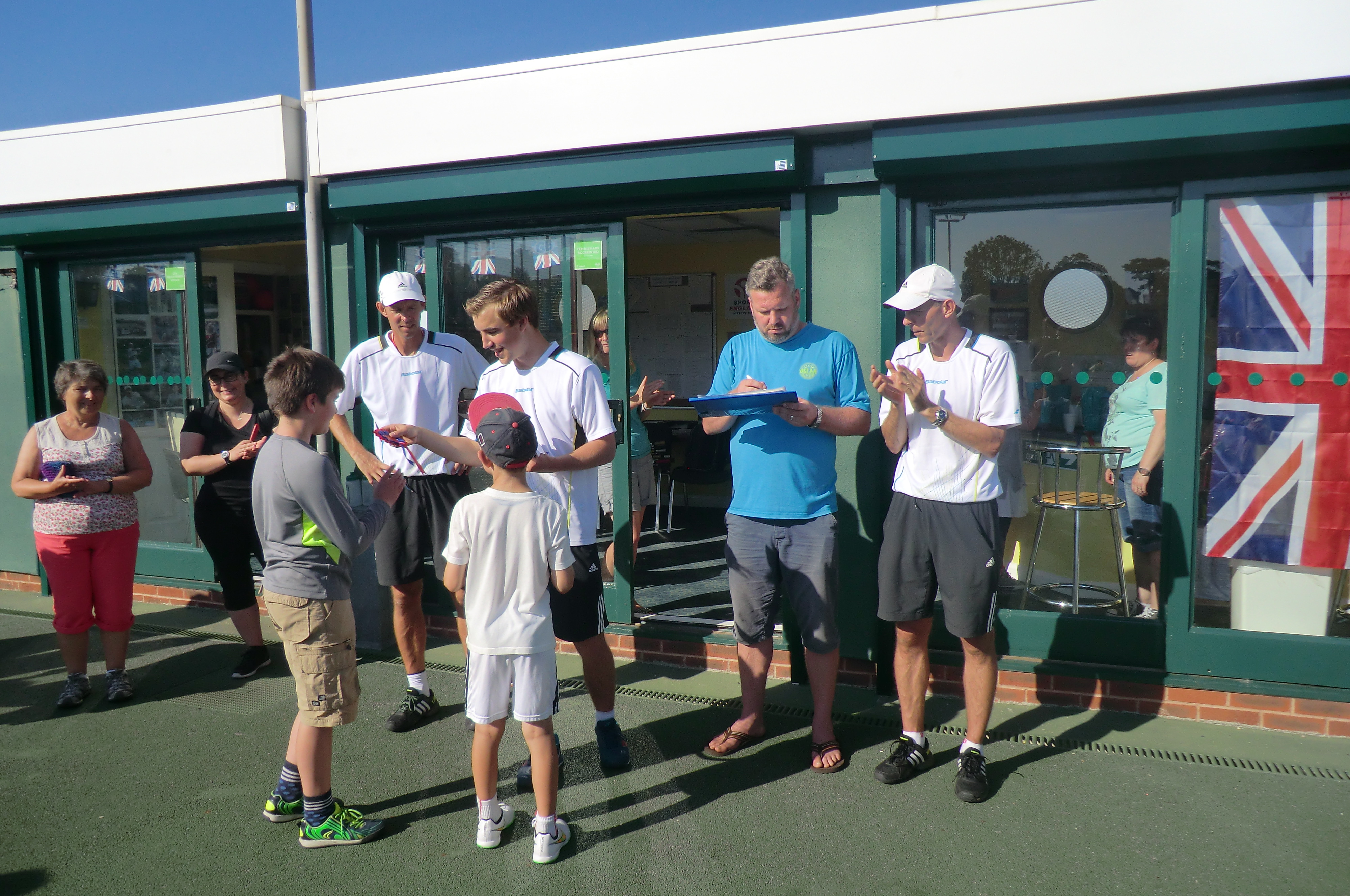